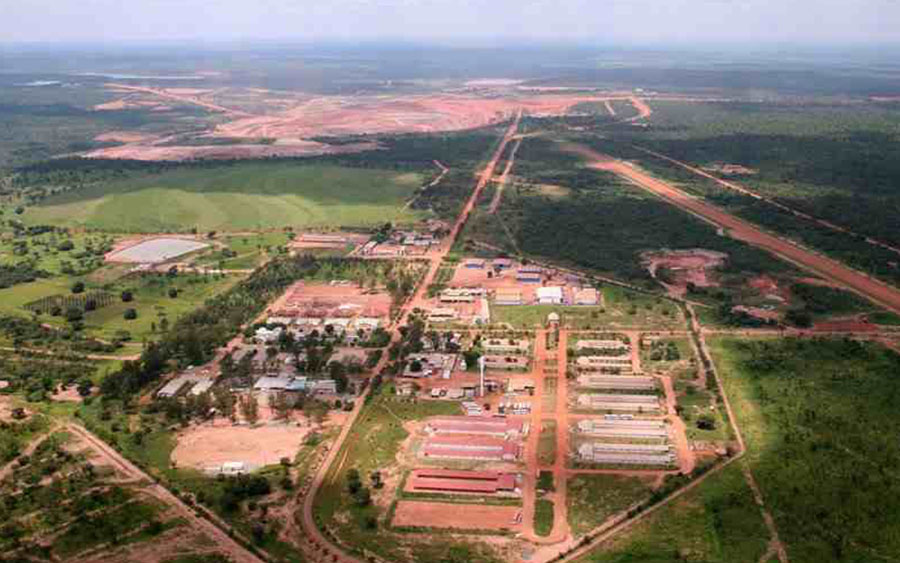 Twenty-three years after he left the leadership of the company, the first General Director of Sociedade Mineira de Catoca gave positive note on May 22, 2019, in the mining town of Catoca, to his successors for the registered growth and achievements achieved, and the efforts made by all workers, in a troubled environment in the political, economic and social arena, due to the civil war that was felt in the country.

Naim Cardoso affirmed that, even at a distance, he has followed the company's evolution through the media and highlights the impact that the diamond has on the national economic balance, being the diamond subsector, of those that most contribute to the State coffers.

The effort of national and expatriate staff, at a time of difficulties of various kinds, deserved the recognition of one of the pioneers of Catoca and remembers with some nostalgia the moments when the equipment arrived by air and the efforts to “convince more than 600 miners found in the vicinity of the current mine”.

Asked about the shortage of Angolan technicians in the period from 1993 to 1996, Naim explained that “We always look for Russian and Brazilian specialists who, with their knowledge, contributed significantly to my management until 1996, when Dr. Ganga Júnior took over the boat and I went to found another mining company, Chitotolo, in the mining village of Nzagi ”, he stressed.

As for the transport of equipment and food, the leader pointed to the use of airplanes, as a safe means to guarantee the operationalization of services. ”At that time, there was no way for food equipment and goods to reach the mine by land due to the armed conflict and nobody could accept traveling by land because that time of uncertainty comes or was attacked ”he recalled.

Already in the clothes of a Consultant and Trainer on Behavioral Leadership, Naim Cardoso encourages young people to make their intelligence available so that, with professionalism and excellence, they can take the company to the top three of the great diamonds in production and invoicing.

Next Post CATOCA CLARIFIES EMPLOYABILITY SITUATION AND BENEFITS TO WORKERS.