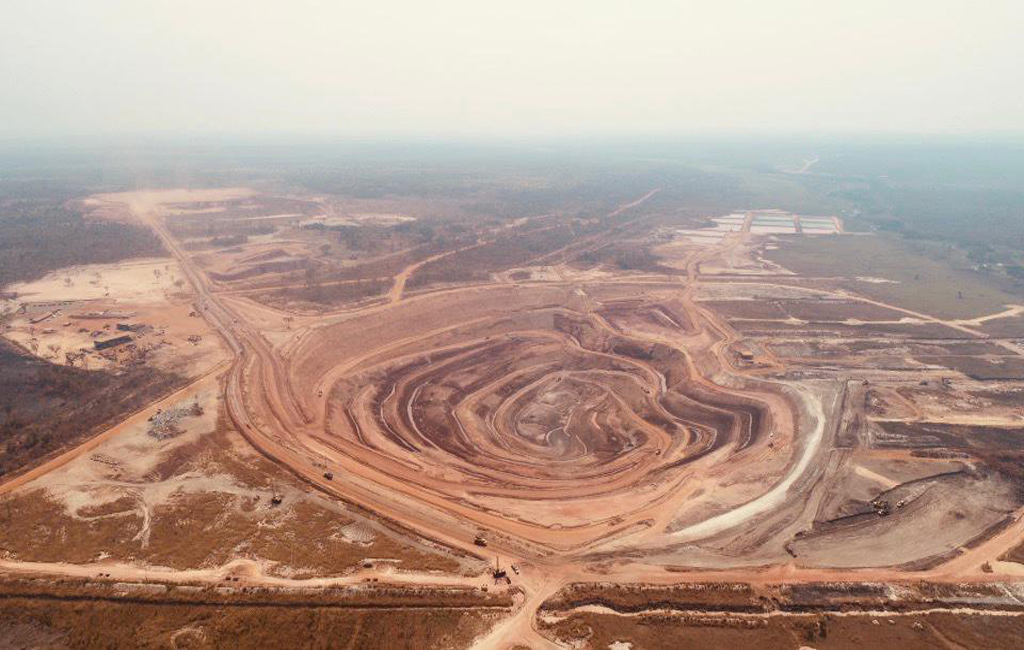 The Chairman of the Board of Directors of Empresa Nacional dos Diamantes (ENDIAMA) revealed that the Luaxe Mine will recover around one million carats in 2020, with sales forecasts at an average price above $ 80, which will result in an estimated turnover around US $ 80 million.
Ganga Júnior who spoke in an interview on Sunday, January 19, 2020, in Catoca, at the end of a working visit to Luele's chimberlitic chimney, after having spent in some mining projects in Lunda Norte, said that in addition to Luele, three projects implemented in Lunda Norte will start operating this year, which will guarantee more than thousand new jobs.
As for financing for Luaxe, supported so far by the Catoca, ENDIAMA's number one, revealed that there is already external financing, equivalent to US $ 300 million, which will be submitted to the project in the coming days.
“We have been working on identifying additional sources of financing, fortunately we are on the right track. We have two proposals of 250 and 50 million dollars that, after being analyzed, we will transfer them to Luaxe and hope to fulfill our objectives ”, he stressed.
With regard to infrastructure, the official revealed that this year a treatment center will be installed in Luaxe “Tomorrow a group of technicians will follow to South Africa where we identified some treatment facilities to proceed with the purchase, but in a pilot way we will use the CT1 of Catoca to treat Luaxe ore ”.
Regarding national production, the leader of the public company in the diamond subsector stated that the goals for this year are “heavy and challenging” set to produce 10 million carats against the 9 million produced in 2019, and he predicts that all companies will contribute positively to achieve desideratum.
Prior to a short visit to mining projects in Lunda Norte, Ganga Júnior also said that the subsidiary is developing a social project called “CONTRIBUTION OF ENDIAMA TO ECONOMIC AND SOCIAL DEVELOPMENT”, linked to the creation of entrepreneurs for the promotion of agriculture and will initially cover the provinces of Lundas Sul, Norte and Moxico.