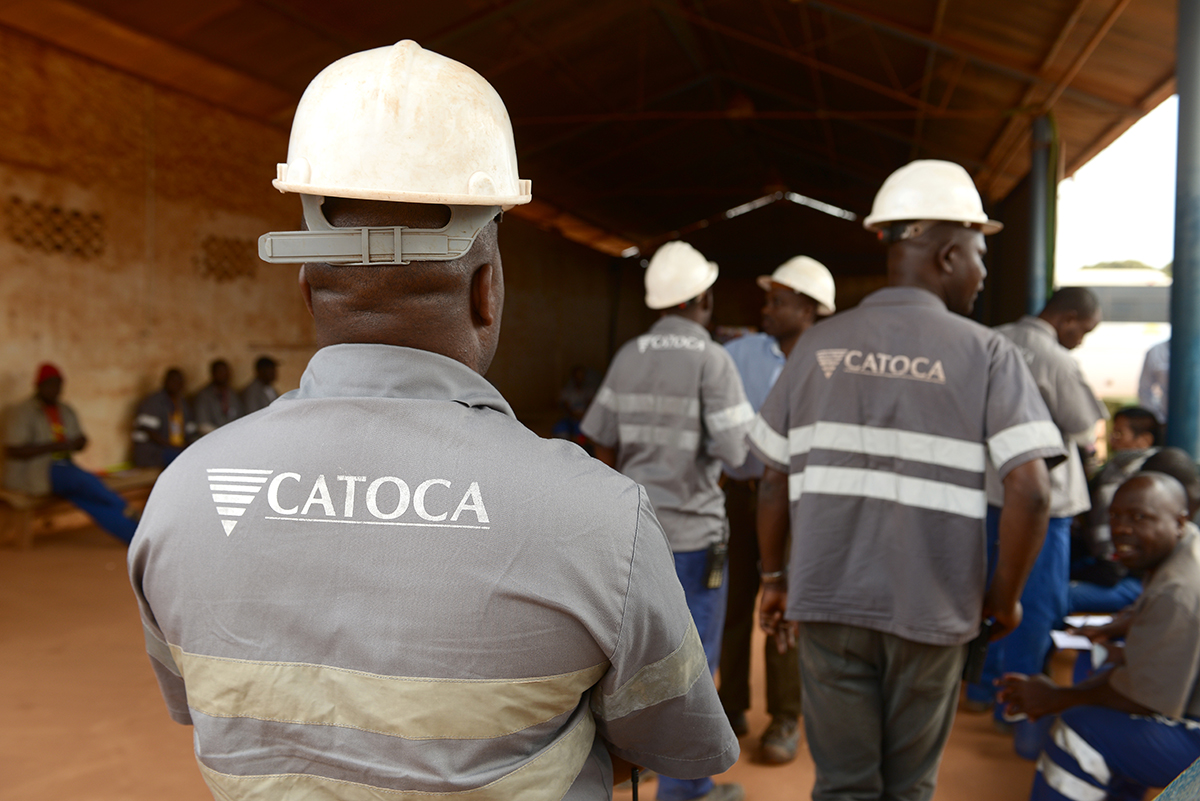 About one thousand and 241, in a universe of two thousand and 328 workers of the Sociedade Mineira de Catoca, are locally recruited, corresponding to 58 percent of the company's workforce.

The data was released on May 22, 2019, by the Director of Administration and Human Resources, during a press conference that brought together journalists from various media.

José Zeca Ngoia said that, in the bulk of workers, the company has 109 women on different fronts and 192 expatriates who represent 4,7 and 8,2 percent, respectively, in addition to having other indirect jobs, through service providers. .

The official revealed the data to dispel the rumors that have been spreading in the province about the possible process of recruiting labor.

"Due to legal assumptions, we were guided by the law institutions to reduce the shift from 12 to 8 hours a day, which led us to the creation of the fourth team to fill the third shift, which was reflected in the opening of new vacancies".

Within the framework of human capital valuation policies, and under the guidance of the General Directorate, we held an internal competition to fill vacancies, which resulted in a refined work to continue the process, in order to find advantages in the cost / benefit binomial '', stressed.

In view of the speculations recently propagated, the Director of Administration and Human Resources confirmed only the disclosure of five advertisements in the official newspaper in the country to fill vacancies in specific areas, namely geology, automation and translation in English, Russian and Portuguese, having received more than four thousand applications across the national territory, being now in the screening stage to select the best ones.

The Leader asked for tranquility for all who are eager to compete for a vacancy, given that, so far, internal work is being carried out to identify possible vacancies “it is hard and cautious work and any news we will communicate to the competent authorities such as MAPTSS ”.

For the problems facing the province, especially the ravines and the situation of the Muanguês river, the official said that there is a partnership with the government of Lunda Sul in actions to counter the situation.

He made aware of several workers' benefit packages that go through “medical and drug assistance in which the company bears 80 percent of costs against the 20 charged to the worker, facilitation of consumer credits, car and housing, through agreements with some banks that operate in our market, wage advance up to two and a half salaries, we have Funcat that is being reformulated, Christmas basket in the order of 700 US dollars. The company also offers toy quits for workers' children at the end of the year, funeral support even for dependents ”.

The company, continued José Zeca Ngoia, has undertaken other actions in the area of ​​“habitability and other conditions that contribute to the dignity of workers. The housing renovation was in sight with the construction of B13 with more than 90 singular rooms and one B3. The installation of an antenna from the UNITEL mobile network at Mwono Waha is also completed, a housing project that has always deserved our attention, in addition to cards in two supermarkets based on voluntary membership through debits. We are in the process of renewing fleets for the transport of workers, students, and tour packages that provide opportunities for workers to discover the charms that our country offers us ”.

Externally, José Zeca Ngoia reviewed several social responsibility programs and highlighted the donation of medicines and materials to hospitals in the three provinces of the Eastern region, valued at more than 400 thousand US dollars.

He also referred to programs aimed at promoting agriculture and generating family income, education, health, sports, culture, among others, as well as various actions in the framework of assistance, with emphasis on donations to disadvantaged institutions.