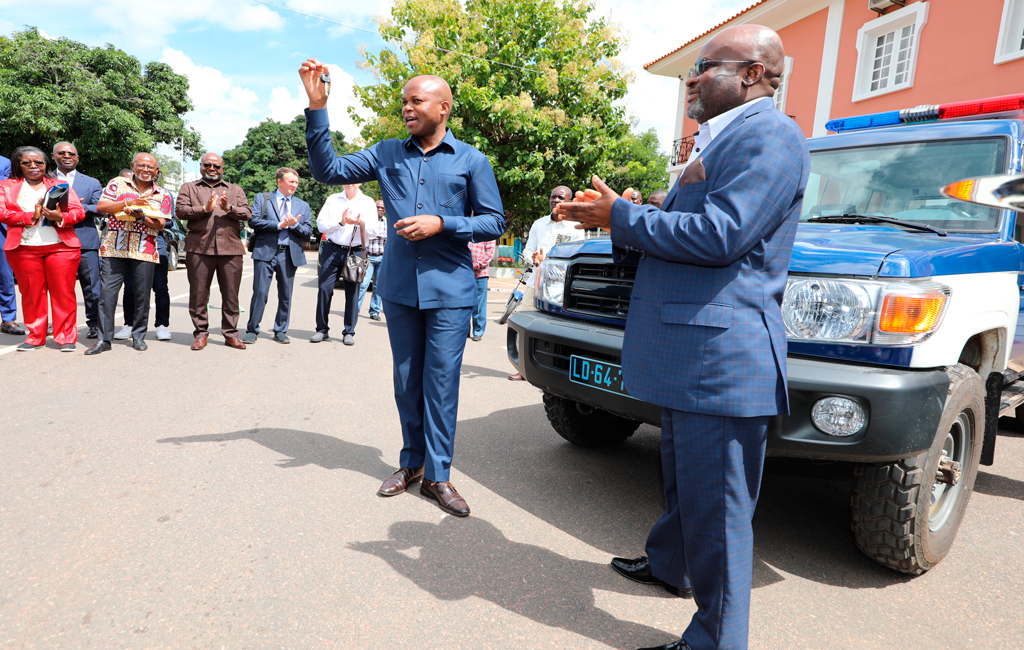 Four vehicles of Toyota Land Cruiser (patrolman), Hyunday Creta and Grand I10 plus three motorcycles were donated on Saturday, March 7, 2020, in the city of Saurimo, by the Sociedade Mineira de Catoca, within the scope of its Social Responsibility program for the Provincial Government of Lunda Sul and for the National Police.
The Chairman of the Management Board and Director-General of Sociedade Mineira de Catoca, Benedito Paulo Manuel informed that the means donated to the National Police and the GPLS will be able to alleviate the suffocation and the lack that these entities face.
“From the outset, the delivery of these means was with the intention of responding to the appeal of his Excellency Governor, as well as, it must be understood by us, as our participation in the great efforts that the GPLS has been making for the province to find stability alongside others in the country, ”he said.
In the opinion of the Director-General of the largest national diamond company, with the delivery of these means “we are all beneficiaries of the action of the National Police”.
As it is true, Benedito Paulo Manuel explained that the issue of solidarity is experiential "there is always a need to carry out actions of the kind we are going to do" and social responsibility "is inherent in the company's own life".
Daniel Félix Neto, Governor of the Province of Lunda Sul stated that his government has been carrying out a series of tasks and programs together with the Sociedade Mineira de Catoca, for this reason, it was requested the support of the diamond industry in order to minimize the difficulties existing in the National Police
“For example, it is quite true that the means distributed to the PN will be able to significantly address the major problems of patrolling and surveillance in some areas of Saurimo, where there is a higher incidence of cases. It is a great satisfaction for us ”, he acknowledged.
Mário Luís, Lunda Sul Police Delegate, acknowledged the receipt of the resources donated by Sociedade Mineira de Catoca and he guaranteed that with this gesture they will be able to answer the population when they are called to the occurrences that come from the friends of others.